This morning I'm trying to get a handle on where I want to go with a new National Hunt system, so I'm looking at some facts and figures in the hope that an idea of angle jumps out at me.

So I've logged into Horse Race Base and loaded up all Hurdle runs in 2013 and so far in 2014 and I'm looking at the trainers to see where the best returns are.

If I look at trainers that have had more than 75 runs since January 1st 2013 and sort them by strike rate, then the trainer with the highest strike rate is Willie Mullins…

I'd say a strike rate of 29% from all hurdlers sent out is huge. A loss of 19.35% on turnover is a lot, and although I'm sure that can be improved by betting at Betfair SP I would imagine a lot of these were favourites and that the Betfair SP returns wouldn't be a great deal better.

Interestingly, just down the list a bit is Nicky Henderson with a 24% strike rate but only a 7% loss on turnover…

So my next task is going to be to have a closer look at the hurdlers of these two trainers.

First off, I'm interested in how many runners Willie Mullins actually sends over to the UK and whether they perform better or worse than his Irish runners.

The answer is that only 61 came to the UK in the period and the strike rate with these 61 was 21% and the loss of turnover was 29%.

So the profit and runners will be in Ireland.

The table below shows the breakdown of the Irish runners by track, you will see there are some huge strike rates at some of the courses… 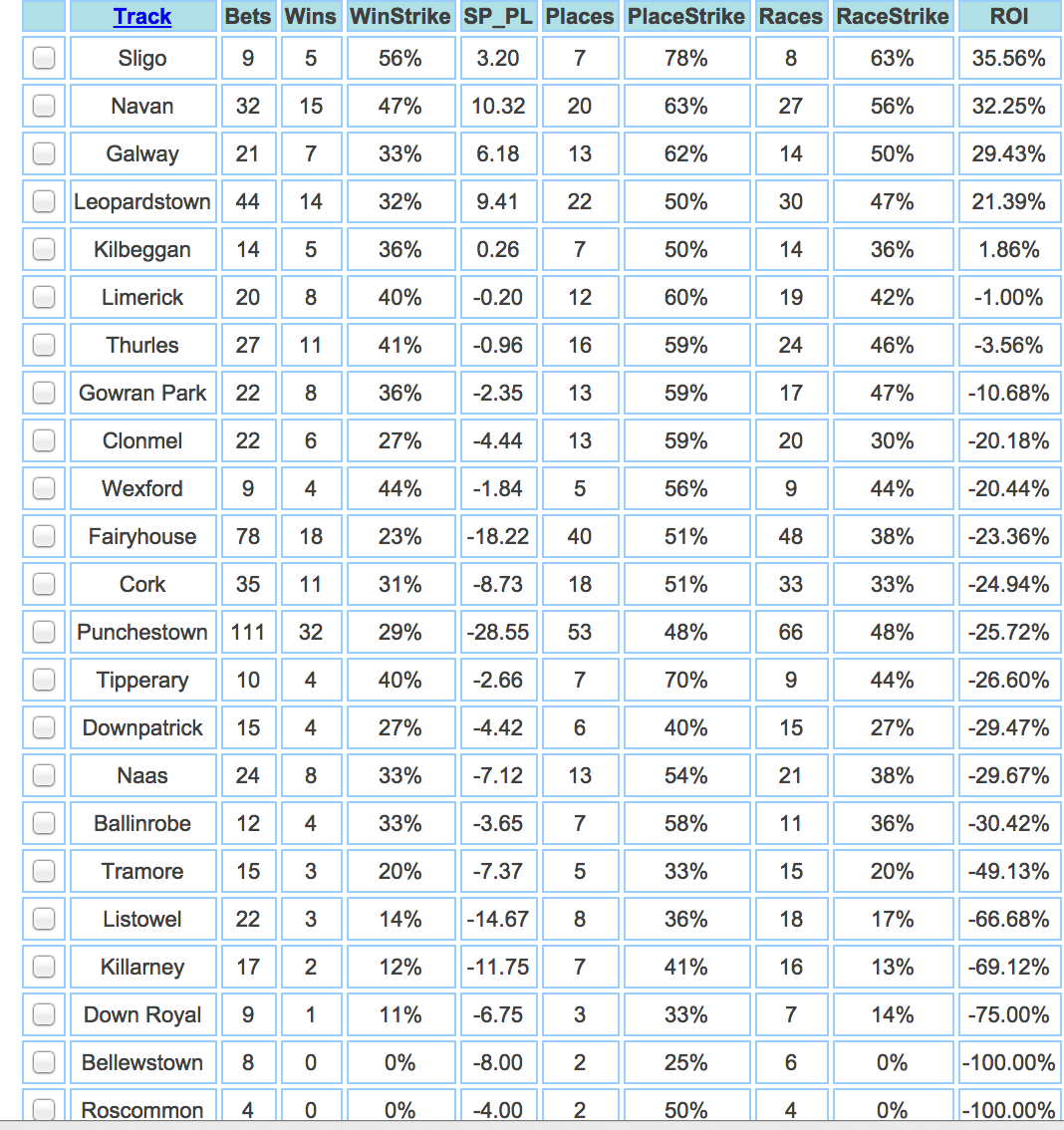 Next I looked at position in the odds market and this is interesting out of the 580 runs that Willie had in Ireland since January 1st 2013 a whopping 469 were ranked in the first four in the betting market.

How many that were not in the first four in the betting do you think went on to win?

Well according to Horse Race Base the answer is none!

In fact if we only bet Willie Mullins hurdlers that run in Ireland and are in the first three in the betting then we have a system that just edges into profit at Industry SP.

If we only look at those ridden by Paul Townend or Ruby Walsh, who take most of the rides then we have the following figures since January 1st 2013…

That's a great strike rate and if you can't stomach losing runs then these rules will find you bets that see you collecting regularly, but these horses are over bet, especially when Ruby is on board, so the profit isn't huge.